Acceptance. Creativity. Individualism. Community. This is what CosPhilly Communications represents. The cosplay, costuming, and comic world is different, and that's the way it should be. On the surface, these individuals and groups appear to be dressing up in costumes and prancing their way from Jefferson Station to the Convention Center during Wizard World, or running around town making fools of themselves. In reality, its the exact opposite.

When I first discovered the cosplay world, I didn't get it, not one bit. I grew up a die hard Star Wars fan. Light sabers beat phasers as paper beats rock; that's how I grew up. Star Trek conventions were nerdy to me and I though my cousins were nerds for watching Star Trek: TNG. Over the past ten years, my view of the cosplay world has drastically changed.

After attending my first conventions, I started to appreciate the art form behind cosplay. From the simple Ash Ketchum, to a painstakingly homemade General Grievous to a movie quality Boba Fett, it all started to become clear to me that people have a connection to their cosplay. Overtime, there is an emotional connection that forms to the character. Cosplayers become their character for a period of time much as a reader becomes entrenched in a well executed comic or graphic novel.

The mission of CosPhilly Communications is to promote and encourage acceptance of each cosplayer in the community. We also encourage the acceptance of individual creativity. Everyone needs to be able to express their own, personal level of creativity. We promote individualism. It's OK to go out on your own and be your own cosplay. We also encourage and promote a sense of community. Cosplayers, costuming groups, comic and anime fans should all be able to support each other. Everyone is on the same team. Everyone should be comfortable to be themselves, but also be comfortable enough within their community. 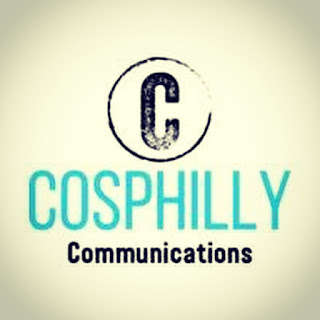