Stereotytans Will Rock The NJ Horror Con and Film Festival This Weekend! 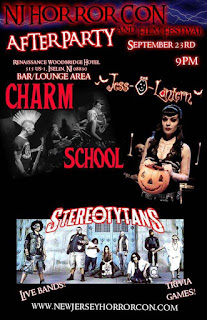 If you don’t know, you need to know.

This weekend, Stereotytans will be descending upon the NJ Horror Con and Film Festival for an experience that needs to be witnessed. If you’ve ever been to a rock and roll show, you’ve only felt the edge of the feeling and energy that Stereotytans brings to the stage. This is a band that needs to be experienced and felt first hand.

You will be transported through the ages and taken to an electric church, the likes of which have never been seen or heard.  Prometheus stole the fire so Stereotytans can bring the heat! Hot off of their appearance at the End of Summer/Conn Con Music Festival at Dave and Busters Dockside Bar, Stereotytans are geared up to rock the NJ Horror Con and Film Festival! Be sure to stop by their table at the convention and stay for their epic performance on Saturday Night at the After Party beginning at 9pm.