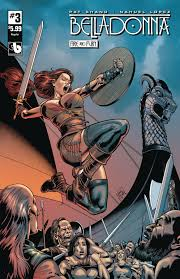 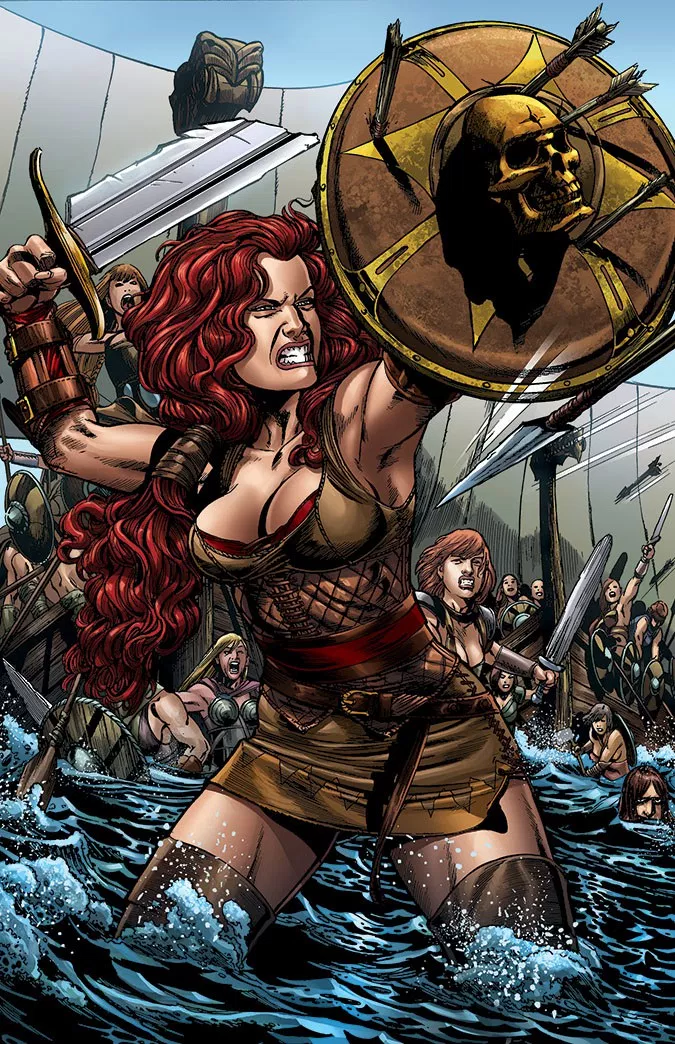 Belladonna is one fierce, fight babe. She like a viking man who has no thought what the outcome would be if I just all who stands in my way. The battle scenes are nothing short of grizzly and action-packed. She does not stop until her enemy has been completely annihilated from existence. Now I should point out it is for mature audiences because the artwork will make young lads lose their kilts. Also included in the comic book offers a sidestory to the Belladonna saga. And if you know anything about this series and artist, the end pages will not disappoint those die hard fans out there.

The mood and tone to the artwork captivates one from start to finish. The drawn panels offer such great detail as the body of these fearless females warrior move through each scene during battle. Lots of emotions are poured out of Belladonna face as she refuses to yield to defeat. Again, I cannot express how the artwork of Nahuel Lopez and the coloring by German Nobile makes the storyline be filled with great action throughout the comic book series. They done a great job and imagination need only apply. 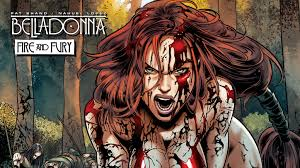 At the end of it all, Belladonna is just acting like any other fearless viking babe who happens to slay men twice her size by giving them a neck shave. Belladonna reminds me of all those night playing Dungeon & Dragons as a female warrior princess who fights her way out. I was the closest of being a woman yet still be able to swing a mean axe just like the boys. If you are a fan of vicious viking maidens acting like hell-bent, sword swinging madams in tight fitting leather outfits then this is your comic book series. The next comic book series installment of Belladonna: Fire and Fury comes out on March 31st.


That’s my story and I’m sticking to it. Reporting for OutRightGeekery.com, I am Brian A. Madrid.