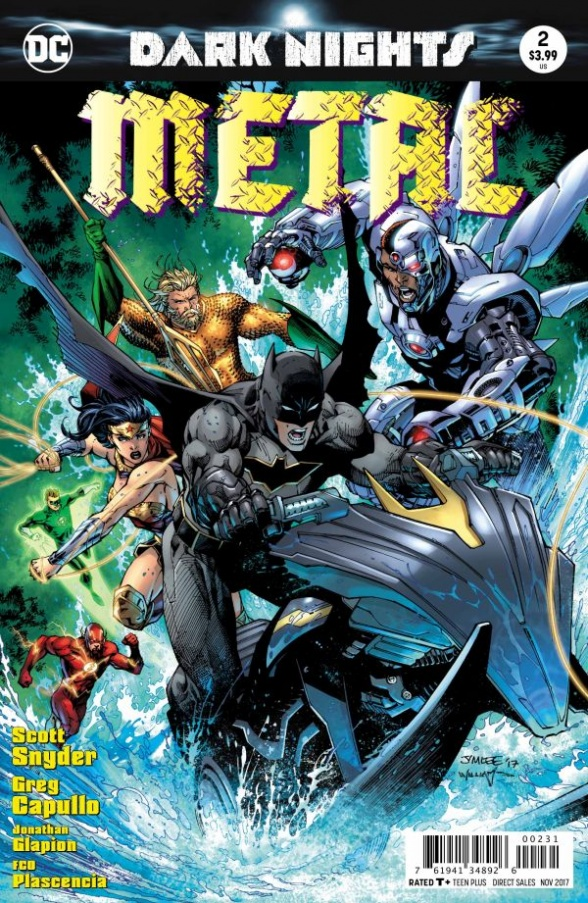 There’s is no contest, Batman can outwit any of the members of Justice League hands down. In Dark Night: Metal series #2, the Batman must stop the Dark Universe from entering the DC Universe at the risk of jeopardizing the trust of his closest friends. With the final piece of the Nth Metal, Batman rushes from the secret meeting in hopes of preventing BarBatos from entering their world. But as the Justice League may not know, Batman has already prepared contingencies to stop them from reaching his rondevu point. Now with time running out and no one to rely upon, will the Batman save the day or will the day be lost to the Dark Multiverse? Engines to turbines. Turbines to speed. Here’s my review of Dark Nights: Metal issue #2. 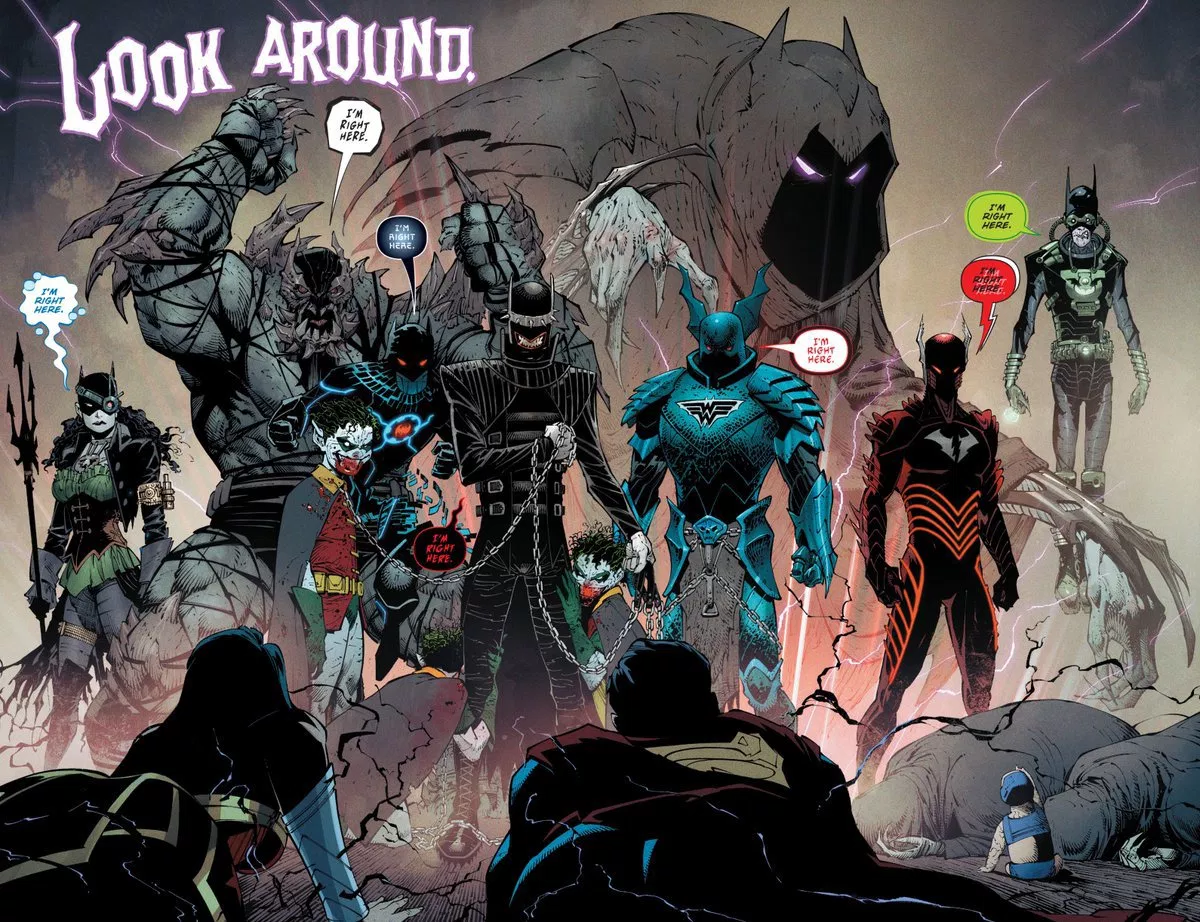 This is by far the most creepy storyline I have the pleasure of reading( Afraid this is just the tip of the iceberg).The Justice League is up in arms as Batman completely destroy any thoughts of capturing him. Needless to say, I laughed at some of Batman’s memorable panels of a league member subduing Batman only to find out it’s the opposite. Anyhow, with time running out, Batman takes matters in his own hands to prevent an evil creature called BarBatos from entering the DC Universe. He’s not alone as soon reader will discover how sick and twisted this Dar Multiverse really is. Just for added measure, there’s a Batman who Laughs, no joke! 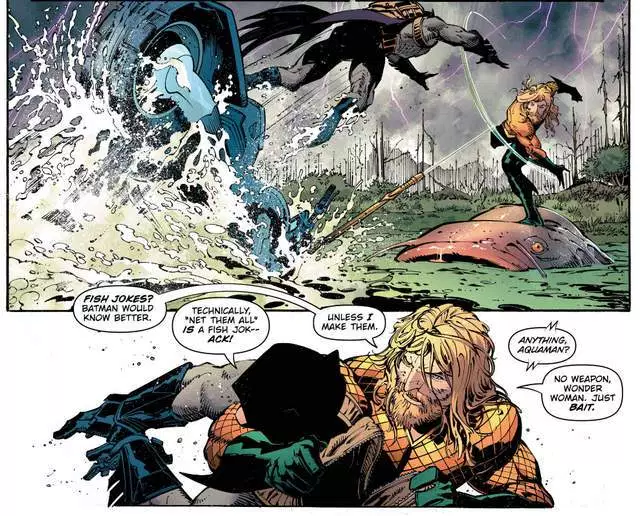 Again I cannot say enough about these Dark Universe characters. They are dark, demonic, vampirellic (if that’s a real word) form of beings to be drawn on the pages of a comic book. This is not your Scooby Doo comic book! The artwork offers a very grim look as splashes of red-crimson droplets and razor white teeth will make you cringe with fear. Coloring and dynamic scene will throw you a loop. Top notch!

For Dark Nights: Metal issue # 2, the fact that Scott Snyder is writing this storyline, you’re going to be entertained. Never has a writer has taken an iconic figure Batman and make him vulnerable and be sadistic at the same time. Batman, with all of his mental and detective powers of a Sherlock Holmes, the brilliance of an Einstein, and the cunning of a big game hunter combined with his wealth may not be enough to defeat this enemy. How can Batman get himself out of this? And how will the Justice League fight an entity more powerful than all the league members combined and even worse, be as smarter than Bruce Wayne? Dark Nights: Metal series # 3 comes out in October 11th, 2017 while one shot series are throughout the DC comic series, check local listing.


That’s my story and I am sticking to it. This is Brian A. Madrid reporting.