Mommy knows Assassin moves
When Honor Guest wanted to be free from being an assassin, he dreams would someday become wife to a loving husband and mother to a beautiful son. For a time, it almost came true. In DC’s newest heroine, her past comes back with extreme prejudice. Now members of the Quietus have their orders to locate and kill her by any means necessary. Once a member of the Ra’s Al Gual organization, it doesn’t take long as a monstrous organic combat chassis biker named KillBox who decides to pay her a visit. It didn’t bow well, for him that is. This is not your ordinary femme fatale as Honor possesses the ability to make an area go completely soundless. She gives new meaning to the phrase, “Silence is Golden”. Here now is my review of DC’s The Silencer issue #1. 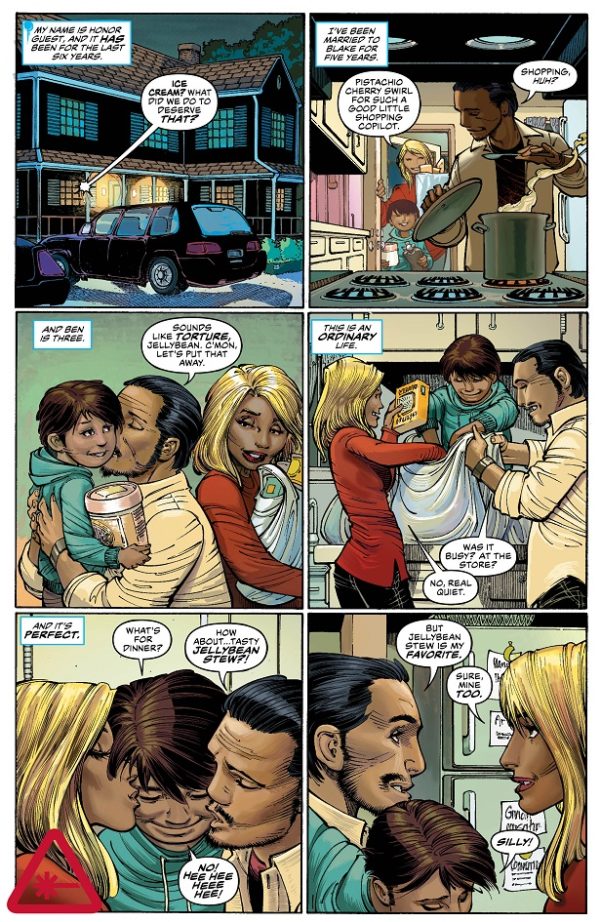 Storyline
I was very surprised to see the character, Talia Al Gual, in the Silencer debut. Having a black ops with the organization gives great opportunity for some really great backstories in the near future. So far, from what I read, is becoming my favorite DC Universe comic book. The character Honor, though she doesn’t look like much, is a dynamo locked inside this little female body gymnast. Unlike many of the DC’s heroes, Honor has a son and husband which makes her vulnerable to her enemies. But despite her predecessors, she gives a more believable character to relate to. I look forward knowing about her past and her  and her Silence.


Artwork / Lettering / Coloring
The debut of the comic book, which I do suggest purchasing it, comes  with a three section poster, which is a two sided one. It’s a good marketing ploy if interested in assembling the pieces together.  The body of Honor drawn as a lean and physically fit household mother from an ordinary middle class family. If I would have to guess what celebrity was used to inspire the look of Honor, my chips would be Jessica Alba. I’m giving two thumbs up for that. Big, vibrant-colored scenes make the action sequences pop out of it’s panels. Love the Batman doll at the diner! 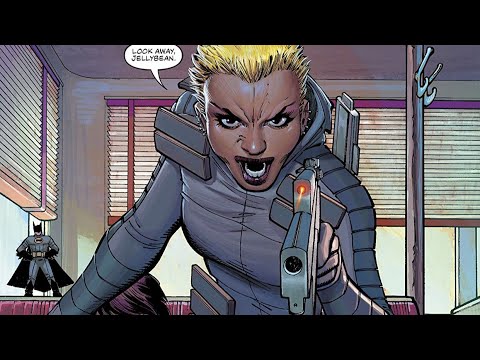 AfterThoughts
This is a hit. I have to admit, I was skeptical wanting to purchase the new DC Universe comic books. I mean, it's tough to follow up well establish comics book characters, now International icons.( You know who they are, jez!). I look forward seeing more of the Silencer as this has struck a chord with this old comic book reader. If you love reading about a strong woman that can shoot the wings off a fly, who’s an expert in the martial arts, and a flare for assassinating before noon, then this is your comic book to read. The second issue will be out on February 27th.

That’s my story and I am sticking to it. Reporting for OutRightGeekery, I am Brian A. Madrid.