Area bartender seen making a phone call prior to shift 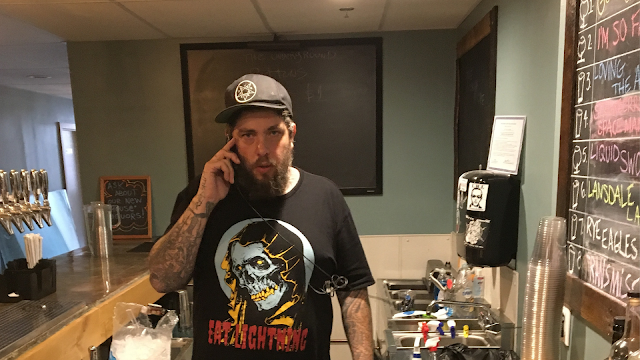 LANSDALE, PA> Sources have confirmed that local area bartender, Darrin Wurst, was indeed spotting making a phone call prior to the start of his bar-tending shift at the local music and event venue, The Underground (owned by Round Guys Brewing Company) this past Thursday. Wurst, a serial work shift early bird, had originally intended to walk up stairs to purchase his pre-shift iced coffee. An inside source has claimed that Wurst had looked at his phone after receiving a text and decided to make a phone call. Caught in the act (as pictured above), he appeared motionless, yet continued to hold a conversation. At press time, Wurst was either preparing for his next shift, tracking something on eBay, making a sale on eBay or buying something from a thrift store. (We really have no idea).