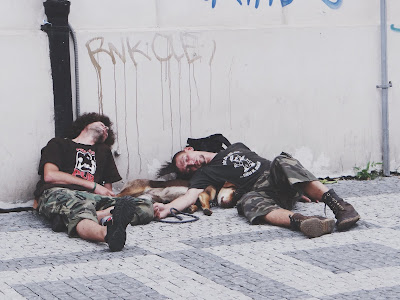 It seems that the local Lansdale scene has been super sick lately. Not like a Billy Zee, "Yo, that's sick," like actually sick with some sort of flu. Even Darrin's been complaining of having a fever. That guy never complains about anything, not even about nobody taking his picture at open mic night at The Underground. Not even Jason Ray, Chief Inspection Officer of The Phoenixville Inspection Service and Signage Office (P.I.S.S. OFF.) has filed a complaint in the past few weeks. Jon Eirich (also of Phoenixville) has even been quiet on Facebook. I haven't seen one Jon vs. Jason feud in a couple weeks. Whatever it is, get over it people. I need stuff to write about.