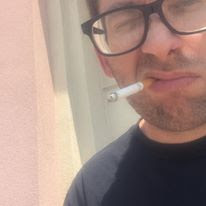 [BREAKING NEWS] Numerous third party reports have come in claiming that Phoenxiville Punk and Director of the Phoenixville Complaints Department, Jason Ray, is secluded in his hell hole claiming he invented social distancing. Apparently he's also writing songs about how Lansdale music venue manager, Ryan Weiss, is an asshole. Ray is reported to be proselytizing that "Everyone of these social distancing mother f--ckers is a poser. I invented it! Also, f--ck Ryan Weiss, he's an asshole." [shotguns a PBR]. While these claims seem credible, we're more convinced that it's not a case of Jason Ray inventing it, but more the fact that people just can't stand to be around him.