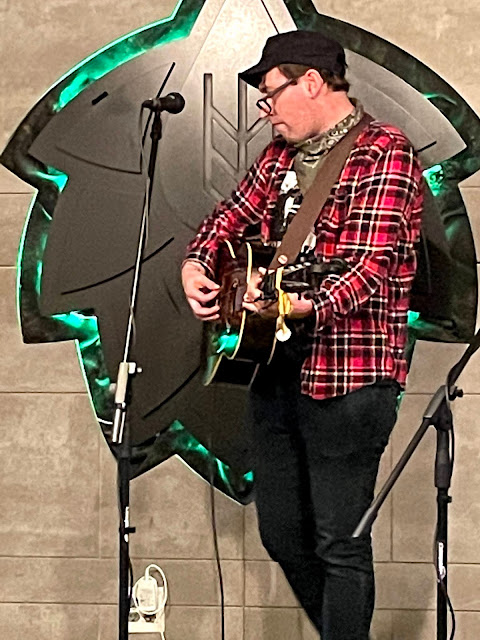 LANSDALE, PA> In a series of unfortunate circumstances, the first being Jason Ray actually showing up for an open mic night, the scene at the most recent edition of "The Well" at Well Crafted Beer Company was a bit chaotic. After several reports of "some sort of troubadour's glasses getting ready to end it all," police were dispatched to the scene immediately and began the process of negotiating a safe resolution to the impending end of the bespectacled punks nose wear. Chaos broke out, there was a ukulele involved, multiple rounds of beer everywhere, people clapping in hysteria and an apparent mass exodus into the parking lot.
At press time, it was confirmed that Jason's glasses were just trying to get closer to Jimmi from The Mega Yeah.